Are We Divided? Can We Unite? Because, WE Are the Answer! 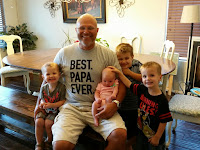 I find the division in our nation the result of failed political manipulation that has been going on for generations.  It has always amazed me, especially during an election cycle, that the politicians can push their snake oil on to us and in the process, tell us that certain classes of people are at fault for our unhappiness and frustration; they will then tell us that they are the only one that can fix it.  During the election season we invest our time, passion, money and state of mind, in extolling their virtues, or making excuses for the lack thereof.  There is only one reality in the whole process, and that is that once a person gets to Washington DC, they almost always disappoint us.  Why is that?

Well, they have been manipulating our rights over decades and decades to addict us to government hand outs.  They have outright lied to us about the stability of our financial systems, they have exempted themselves from the laws that you and I have to obey (for example, it kills me that they can't be prosecuted for insider trading, and they don't have to sign up for Obama Care), and they take our money and give it to their friends so they can get reelected.  This is not a Republican vs. Democrat problem, it is a systemic crisis of government across the nation.  I don't mean to make this an indictment of all politicians, I know that there are some who are genuine and honest, but, they are few.

There is one thing that politicians need; what do you think it is?  Unfair, this is my question and I know the answer, and many of you may agree with me.  It is voters!  Politicians promise to use the power of government to benefit the lives of one class of people or another.  They tell the poor that they are poor because of the rich, and that they are going to punish the rich because of it.  Funny, the rich are still rich and the poor are still poor.   They stand at the podiums of promise and proclaim what's wrong with our nation and we cheer........we cheer.  Please think about this next question:  Who has been in charge all these years?  Isn't it interesting that no one in government is taking the blame for our current condition, on either side of he isle.  They still blame George Bush, or those evil Republicans, or those stupid Democrats, or....you and me!  On that last one, they may have a point.

Many years ago, our leaders told us we needed the government to help us with our retirement and they called it Social Security.  Many years later, they tell us that the system is going bankrupt, and they need to manipulate, change, alter the agreement.  They told us that they would put it in a lock box, but we know they have only raided it for their own purposes.  It is already bankrupt.  But isn't it a great political tool?  Every election, republicans want to throw grandma over a cliff, uh...yeah.  Republicans want to get rid of old people, dirty up all the water and force us to breath bad air.  Let's get real, republican politicians are a lot of things, but I don't think any of that is true.  But, that is only one example of the manipulation that takes place.  I'm not defending Republicans, just illustrating the ridiculousness of the politics.

What about the schools?  This is a worthy effort, right?  Every election we are asked to give more, just a quarter percent sales tax, or a 1% increase in income tax, or my personal favorite, we'll get the lottery to pay for education!  Lotteries are everywhere and schools are still running out of money.  Yet, every election, the same old tired request...and lest we forget...it's for the children.  "What happened to the last fix we voted in?", we ask.  Bad roads, infrastructure, schools, shovel ready jobs, etc., etc.  WHAT HAVE THEY DONE WITH ALL THE MONEY WE GIVE THEM EVERY YEAR?  WHERE IS THE OVERSIGHT?

My plea to all of us is this; that we take stock in our own lives and determine that we do not need politicians to make our lives better.  I know we will all differ on opinions regarding this, but we are racing toward an end from which there may be no return.  For those who demand that government punish one class of people over another, ask yourself, will I be different?  Will I be happy?  Will my life be better if this happens?  Rather, can we demand our government get our of our lives and create policies that allow for prosperity, remove barriers that prevent a family from prospering, and protect our God given unalienable rights.  But, we as a people have to stop hating people who we perceive to be "fortunate".  When we demand sameness, we loose out on innovation and growth.  And our bitterness hurts ourselves and benefits nothing.  I'd love to be a big time millionaire, but the chances of that are two, slim and none.  And that's okay, my life is still full and meaningful.  I celebrate wealth, not greed; substance, not style; innovation, not trends.

Haven't we received more government than we need?  There are enough laws and regulations that have been created over the years that we are probably in violation of something at any moment during the day.  How many of you like filling out your taxes?  As a self-employed individual I can tell you, it is a nightmare, it's very expensive and it has gotten worse and worse.  If we don't demand a stop to this crap, it will continue to get worse and worse.

My point is that we are targets of all politicians.  Our value to them is our vote.  A person can be elected to a single term of office in our federal government and at the very minimum, be able to retire with a decent income and health package.   Or like some, go into office a middle class person and retire a multi-millionaire.  How does this happen?  They are exempt of insider trading  laws, they are aware of land deals and take advantage of them, and yes, they sell their influence in government to power brokers.  Have we forgotten the house banking scandals?

We are the solution to this, YOU and ME.  If the government won't give us term limits, we must do it through the ballot box.  Yes, that means we vote out our favorite person after 8 or 12 years and give someone else a try.  You can maintain your core principles, just find another person.  This must happen.  Washington DC is the ultimate drug, and we must send our politicians to rehab.  Was That Out Loud?